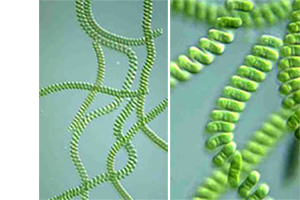 Spirulina it is commercial name of concentrated and freeze-dried cyanobacteria genus Arthrospira platensis. These bacteria, previously called blue-green micro-algae, are one of the oldest life forms on Earth. In fact, this blue-green microalgae is partly responsible for producing the oxygen in the planet's atmosphere that billions of years ago allowed the planet's originating life forms to develop. Spirulina is the world's first superfood, and one of the most nutrient-rich foods on Earth.

Spirulina has between 55 and 70% protein (more than beef, chicken, and soybeans), 8 essential and 10 non-essential amino acids, as well as high levels of gamma-linolenic acid (GLA), beta-carotene, linoleic acid, arachidonic acid, vitamin B12, iron, calcium, phosphorus, nucleic acids RNA & DNA, chlorophyll, and phycocyanin, a pigment-protein complex that is found only in blue-green algae.

Spirulina is widely used in food and cosmetic industry. Due to its health properties it also became of interest of pharmaceutical industry

Immulina provides a special spirulina extract, marked by manufacturer as LECPEEN™. This LCEPEEN is high-molecular lipopolysaccharide complex that shows in several laboratory tests ability to activate innate immune system. Innate (nonspecific) immunity is the first line of our body defence. It also plays a critical role in the creation an adaptive (specific) immunity, also rthis immunity that is formed after vaccination and/or after sickness. 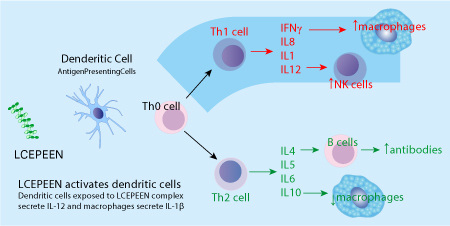 This Spirulina platensis Extract has been developed by team of scientists at Mississippi University under leadership of dr. David Pasco. The immune-modulation properties of LECPEEN from Spirulina Extract have been widely presented on → Spirulina – the Immune Booster — It is unfortunately under preparation ... sorry!

Dr. David Pasco and his team at the National Center for Natural Product Research at Mississippi University have developed special standardization test for immune activity of LCEPEEN spirulina extract*. 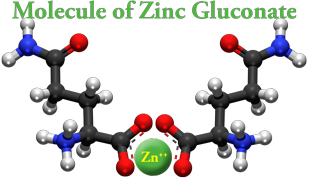 Zinc is an essential trace element for humans and it is vital for many biological functions and plays a crucial role in more than 300 enzymes in the human body. The adult body contains about 3 grams of zinc. Zinc is found in all parts of the body: it is in organs, tissues, bones, fluids and cells. Muscles and bones contain most of the body’s zinc (90%). Particularly high concentrations of zinc are in the prostate gland and semen. 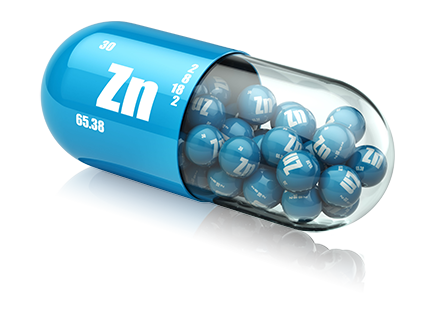 Zinc is known to play a central role in the immune system, and zinc-deficient persons experience increased susceptibility to a variety of pathogens. The immunologic mechanisms whereby zinc modulates increased susceptibility to infection have been studied for several decades. It is clear that zinc affects multiple aspects of the immune system, from the barrier of the skin to gene regulation within lymphocytes. Zinc is crucial for normal development and function of cells mediating nonspecific immunity such as neutrophils and natural killer cells. Zinc deficiency also affects development of acquired immunity by preventing both the outgrowth and certain functions of T lymphocytes such as activation, Th1 cytokine production, and B lymphocyte help. Likewise, B lymphocyte development and anti-body production, particularly immunoglobulin G, is compromised. The macrophage, a pivotal cell in many immunologic functions, is adversely affected by zinc deficiency, which can dysregulate intracellular killing, cytokine production, and phagocytosis. The effects of zinc on these key immunologic mediators is rooted in the myriad roles for zinc in basic cellular functions such as DNA replication, RNA transcription, cell division, and cell activation. Apoptosis is potentiated by zinc deficiency. Zinc also functions as an antioxidant and can stabilize membranes. This review explores these aspects of zinc biology of the immune system and attempts to provide a biological basis for the altered host resistance to infections observed during zinc deficiency and supplementation.

Zinc supplementation in small children particularly in developing countries reduces risk of pneumonia and diarrhea and if it would come to disease, the process would be easier and shorter and would have better prognosis. Sources acc. to WHO:

/just to mention the most important/


Zinc is an essential element necessary for the normal function of all organs and body systems. Dietary supplementation of zinc has positive impact on the whole body just to list the most important issues:

Zinc supplementation seems to be very safe. Zinc has been used therapeutically at a dose of 150 mg/day for months and in some cases for years, and in one case at a dose of up to 2000 mg/day zinc for months. A decrease in copper levels and hematological changes have been reported; however, those changes were completely reversed with the cessation of zinc intake.

However, in some situation overuse of zinc (above 200 mg/day for long time – over 20 times above average dietary requirement) can lead to zinc toxicity.

Zinc may compete with other minerals. Too much zinc in diet may decrease iron, and other minerls (like magnesium, selenium, manganese, copper) absorption, leading to their deficiency. Therefore zinc and iron (and/or other minerals) should be taken at different times of the day. 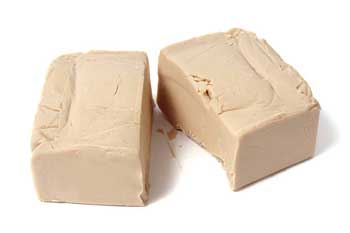 Yeast is a remarkable ingredient that helps maintain or regain beauty/health naturally. It is present in functional foods, food supplements and cosmetic products. For many decades now, yeast used in foodstuffs - living or not - has been the subject of countless studies and scientific publications that unanimously recognise its extraordinary nutritional qualities and certain therapeutic benefits. The excellent health/beauty properties of yeast are not only based on long-established experience but also, and above all, on its biochemical composition, which is perfectly well-known today. This composition reveals a wide variety of biological elements (amino acids, minerals, vitamins, enzymes, etc.) that are needed by our organism to function properly (growth, cell metabolism, immune system, etc.) and which our everyday diet does not always provide in sufficient quantity. 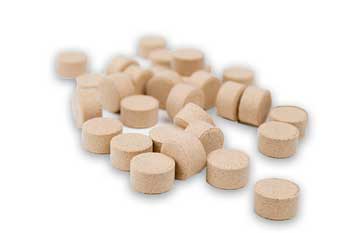 Beta-glucans are a heterogeneous group of natural polysaccharides widely present in various plants. There are two main groups of β-glucans:

The beta-glucans originated from bakers’ yeast are mostly investigated for their immunological effects. Due to the low systemic availability of oral preparations, it has been thought that only parenterally applied beta-glucans can modulate the immune system. However, several in vivo and in vitro investigations have revealed that orally applied beta-glucans also exert such effects. Various receptor interactions, explaining possible mode of actions, have been detected. The effects mainly depend on the source and structure of the beta-glucans. In the meantime, several human clinical trials with dietary insoluble yeast beta-glucans have been performed. The results confirm the previous findings of in vivo studies. The results of all studies taken together clearly indicate that oral intake of insoluble yeast beta-glucans is safe and has an immune strengthening effect. 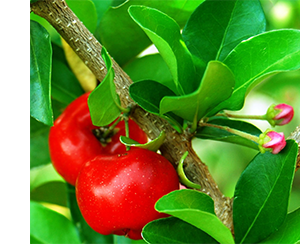 Vitamin C is an essential dietary nutrient, playing a role in immune system health. It is also important in the synthesis of collagen, a structural component of bone, skin and blood vessels as well as the synthesis of brain chemicals involved in mood regulation.

C Vitamin is probably the best known vitamin. It plays many roles and functions i.a. strengthens immune system, counterstrikes tiredness. Read more → Vitamin C and the Immune System. Vitamin C also has a key role in energy metabolism thus aiding in reduction of tiredness and fatigue. Vitamin C is a powerful antioxidant which helps maintain a healthy immune system. It has a key role to play in the synthesis of collagen and is important for the structure and maintenance of blood vessels, connective tissue and cartilage.

Rutin is a complex sugar found in abundance in buckwheat, and also in lesser amounts in asparagus, rhubarb, and the peels and rinds of citrus fruit. The name rutin comes from Ruta graveolens, the scientific name of the herb common rue, which also contains rutin. Before 1950, rutin was called "vitamin P", although it is not actually a vitamin.

There are a number of beneficial effects of rutin in the human body:

Hesperidin – is another bio-flavonoid glycoside (7-rutoside) originated from Acerola Fruit Extract. Hesperidin is regarded to have beneficial effects on the blood vessels health.